The 2010 Scholarship and Merit Awards

The selection committee and board members of the Iran Heritage, Persian Gulf, and Iran Alliance organizations are pleased to announce the 2010 or 1389 recipients of Scholarship and Merit Awards. Some of the criteria used to evaluate individuals were:

For scholarship, the recipient is Mr. Hamid Sedghinejad. In the Merit category, the Awards go to:

For those who follow our country’s events, these individuals do not need any introduction. However, a brief bio of each will follow to give others a chance to get to know them.

The honorees will receive gifts made in Iran to demonstrate our appreciation for their hard work and for their dedication to our community. With their life-time efforts, we have been able to raise awareness in the international press about our rights and our heritage.

Please join us in congratulating these Irandoosts (friends of Iran) and in wishing them well for many years to come.

Farhang Mehr means the culture of love which reflects his love of our culture and education.  Dr. Mehr was born in Tehran.  He received his bachelor’s degree from Tehran University in law and engineering.  Dr. Mehr received a Master’s degree in economics from the London School of Economics and a doctorate of law from Southampton University. 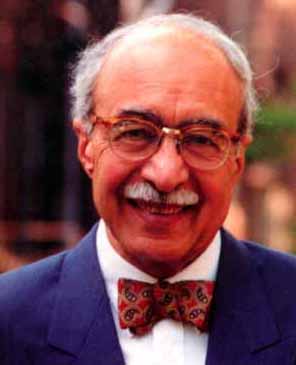 Dr. Mehr was chancellor of Shiraz University for many years prior to becoming the head of the finance department (Modir Kol Vezarateh Darayee), the highest position a Zoroastrian could obtain under the constitution of the former Pahlavi adminstration. Dr. Mehr in fact held various government positions; the highest was deputy prime minister under the adminstration of Mr. Hoveyda. In addition to government positions, he taught at several universities both in Iran and abroad.

Those who know Dr. Mehr consider him an honest, disciplined, and relentlessly hard-working person.

In 1953, Mr. Ali Akbar Dehkhoda gave Professor Frye the title of “Irandoost.”   For over six decade, Professor Frye has contributed to Iranology and the history and culture of Iran. His works have set the standard of excellence in Iranian Studies.

In his will, Professor Frye has asked to be buried next to the Zayandeh river in Isfahan.  This request was approved by the Iranian president in 2007.

Dr. Frye’s website in which his bio/Vita are mentioned. http://www.richardfrye.org/

Mr. Hamid Sedghinejad was born in 1977 in Tehran, Iran.  He has a degree in Software Engineering from Azad University – Central branch.  Mr. Sedghinejad lives with his family in Tehran.  In addition to information technology about which he published a book, he is interested in history and has created a website with over 2,700 pages and over 4,000 pictures (www.iranatlas.info).