Question 2: What was the Iranians’ Reaction to the Severing of the Caucasus?

Yusef Amiri: What was the reaction of the Iranians with respect to the severing of the Caucasus? What did Sheikh Mohammad Khiyabani, Sattar Khan and Bagher Khan say?

Kaveh Farrokh: The loss of the Caucasus has been one the biggest blows ever received by the Iranian nation during the course of her thousands year long history. Iranians today do not realize how rich the Iranian cultural legacy remains in the Caucasus, despite over two centuries of Russian efforts to stamp this out. Nowruz is now an official holiday in Georgia while the citizens of Baku grow the Sabzi and tie ribbons around it just as Iranians do.

The Caucasus linked Iran to Eastern Europe for thousands of years, and this was one the major venues where Partho-Sassanian culture have travelled to Eastern Europe. This is a vast topic, but the late Roman Ghirschman in his 1962 book, “The Parthians and the Sassanians” outlined this very well. Iran’s loss of the Caucasus was like losing a vital limb of its body. It is a blow which in my belief, Iran is still suffering from. Few realize that many of Iran’s national dances were in fact Lezgi style dances, however Iranian Azaris have preserved these traditional dances. In Georgia there is a Lezgi type dance called “Ajameti” which is in fact an Iranian Lezgi dance now forgotten in Iran but commemorated in Georgia. Traditional Georgian music for example still retains many ancient Iranian melodies, despite the best efforts of the Czars and the later Communists to stamp these out.

The video above shows a version of the Ajameti Music and dance of Georgia. “Ajameti” refers to Iran and Iranians as this dance and music piece was popular in Iran up to the early twentieth century. Note that the music strongly resembles the music of Iranian Azarbaijan (in the northwest) and nearby Gilan (in Iran’s north).

Few realize how powerful day to day Iranian traditions have been in not only the Caucasus but also in Eastern Europe. See the old late 19th century photograph of the two Kuban Cossacks enjoying their cup of tea – notice how they pour the tea into the saucer just as modern Iranians and Turks do to this day in their tea houses.

Kuban cossacks enjoy a cup of tea in the Perso-Turkish style in early 20th century or late 19th century. Even their dress is based on Old Iranian riding costume worn by the ancient Medes, Persians and Scythians. The Communists worked very hard to stamp out all “Oriental” – meaning Persian – influences from mainstream culture in the Slavic and Turkic regions of the Soviet Union (including the Caucasus and Central Asia). The Soviet Union also exported its Persophic philosophies by publishing books and distributing these (through local Communist supporters) into Persian-speaking countries such as Iran and Afghanistan.

Now let us clearly define who Sheikh Mohammad Khiyabani was. In recent years there has been much propaganda emanating from Baku attempting to revise the person of Sheikh Khiyabani and his political ambitions. Simply put these are based on Soviet-era narratives that Sheikh Khiyabani was a separatist who wanted to separate Azarbaijan province from Iran. A quick study of historical archives reveals these revisionist views as completely false. 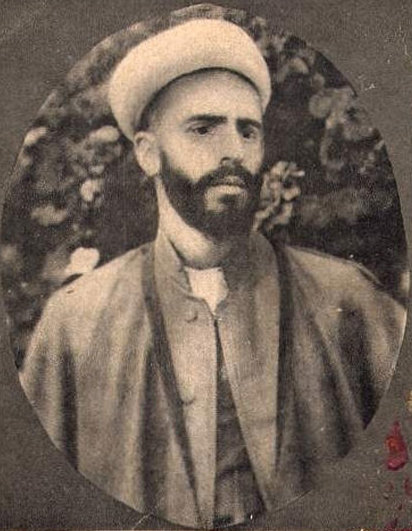 Shaikh Mohammad Khiyabani (1880–1920) of Iranian Azarbaijan opposed theMusavats of Baku and their adoption of the name “Azerbaijan” for the Caucasian Khanates. In protest and in an endeavor to distinguish the historical (Iranian) Azarbaijan from the Musavat entity, Khiyabani prpopsed that the name of Iran’s Azarbaijan province be changed to “Azadistan” (land of Freedom). Khiyabani repeatedly reported to British officials that he believed in a united Iran. Khiyabani also opposed the occupation of Iranian Azarbaijan by the Ottoman Turks in 1918 – Khiyabani was jailed by the Ottoman Turks. All of these documented facts are misrepresented in the Republic of Azerbaijan which publishes a falsified version of history in an attempt to re-case Khiyabani as an anti-Persian separatist.

Sheikh Mohammad Khiyabani rose in the midst of the chaos of World War One – many of Iran’s provinces were being constantly overrun by Ottoman, Russian and Indo-British forces. The Qajar government was a “government” in name only – Iran’s state apparatus was in constant political disarray.

Azarbaijan had been Iran’s major center for resistance against the Anglo-Russian domination of Iran. The province was also a major focal point for political change. The 1919 Anglo-Iranian agreement had caused a strong backlash across Iran, especially in Azarbaijan. Sheikh Khiyabani raised very strong protests against the 1919 agreement – this was the backdrop to his rebellion. He was in a sense like Mirza Kuchik Khan in Gilan –a dedicated Iranian nationalist and a strident anti-colonialist. Khiyabani wanted a powerful government to be in place – a government that placed the interests of Iran’s people first and ran on the basis of the Constitutional charter. The actual rebellion broke out in April 1920 – simplistically put, the immediate triggers were anger against the mismanagement of Qajar government authorities.

Khiyabani, like Mirza Kuchik Khan, was a powerful advocate of the Iranian Constitutional movement. This is clearly indicated in 1911 when Khiyabani defended Morgan Shuster in the Majlis as a symbol of Iranian sovereignty and independence. British documents outlining a meeting between Major C.J. Edmonds of the British North Persia Force (or Norperforce) and Khiyabani were clear on Khiyabani’s stance on Iran. The British Edmonds report clearly reports that Khiyabani’s rebellion “…was nothing Separatist nor Bolshevik…”. Other British archives also reveal that Khiyabani specifically told British authorities on May 1, 1920 that “…he

[Khiyabani] considered Azerbaijan as an integral part of Persia”.

Khiyabani bitterly opposed pan-Turkism. He was completely against the Ottoman armies that had occupied Iranian Azerbaijan during World War One. But what is of major importance is that Khiyabani was completely against the policies of the newly established Republic of Azarbaijan in the Caucasus. The Turkish Democratic Musavat Party (TDMP) of Baku had met on May 27 1918 in Tbilisi, Georgia and decided to select the name of “Azerbaijan”, rather than the historical name of Albania or Arran, as the name of their new “Independent Republic of Azerbaijan” (IRA) in the Caucasus.

Who were the Musavats? These first started as The Islamic Democratic Musavat Party (IDMP) which was founded in the city of Baku in Albania-Arran in 1911 (see Matini, 1989, p.452). But despite its “pan-Islamic” appearance, the IDMP was in reality a pan-Turk movement under the control of the Ottoman Turks of Istanbul. Their mission was to use (or misuse) Islam to target Turkic-speakers of the Caucasus (esp. Albania-Arran) and Azerbaijan in Iran. The fact that the Musavats were a geopolitical tool of the Ottoman Turks is corroborated by Zenkowsky who has noted that:

“…the Turks [of the Ottoman Empire] considered [the Republic of] Azarbaijan as an Ottoman province…to merge with Turkey.” (see Zenkowsky, 1960, p.260).

The Musavats very soon advocated annexing the historical Azerbaijan (in Iran) into their newly created state. This caused a powerful reaction among Iranian Azarbaijanis who opposed the new name for Arran-Albania.

Khiyabani was so incensed by the Musavats of Baku that he proposed that the name of Iranian Azerbaijan be changed to “Azadistan” (Lit. Land of Freedom). This would then ensure that the Iranian province was distinct from the recently created “Republic of Azerbaijan”.

The term “Azadistan” was also meant to highlight the “heroic” role of Azerbaijan in Iran’s history – most recently seen with Sattar Khan and Bagher Khan during the constitutional movement.

The usage of the term “Azerbaijan” for the newly established Caucasian republic was also protested by a north Iranian activist from Gilan, Mirza Kuchek Khan. Bagher Khan and Sattar Khan had already passed away in 1911 and 1914 respectively, so they never had the opportunity to protest against the historical and geographical manipulation of the pan-Turkist Musavat movement. But it is very simple to surmise how they would have felt against the Baku Musavats.

Azarbaijanis in Tabriz fight under the Iranian flag in the early 1900s to promote a democratic, progressive and pluralistic society in Iran. Photo Source: Cosroe Chaqueri, 2001, p.242. Origins of Social Democracy in Modern Iran, p.242.

When Sattar Khan and Bagher Khan arrived in Tehran in 1910, they were welcomed as Iranian national heroes by the local populace. Both were honored by the Iranian Constitutional nationalists with the honorable title “Salar e Melli” [National General/Leader]. It does not take much to surmise that the actions of the Musavats would have appalled these men, much like Sheikh Khiyabani.

What is interesting however, is what happened after the Soviets entered Baku and ended the 2-year rule of the Musavats in Baku in late May 1920.

Stalin and the Soviets chose to retain the recently applied designation of “Azerbaijan” to the Arran-Albania in the Transcaucasus. The primary reason in doing this has been spelt out by V.V. Bartold, a Soviet academic, politician and foreign office official:

“The name “Azerbaijan” for the Republic of Azerbaijan (Soviet Azerbaijan) was selected on the assumption that the stationing of such as republic would lead to that entity and its Iranian counterpart to become one…this is the reason why the name “Azerbaijan” was selected (for Arran)…anytime when it is necessary to select a name that refers to the territory of the Republic of Azerbaijan, we should/can select the name Arran…”. (See Bartold, V.V., Sochineniia, Tom II, Chast I, Izdatelstvo Vostochnoi Literary, p.217, 1963).

Keeping the name Azerbaijan for Arran gave Stalin and the Communists of Baku a geopolitical weapon to lay territorial claims to the Iranian province of Azerbaijan. The consequences of the actions of the pan-Turkist Musavats and their Communist successors carry repurcussions to this very day.